The award, which covers the next academic year’s full tuition and fees, recognizes a rising fourth-year (UVA parlance for a rising college senior) who demonstrates leadership, achievement, enterprising spirit, humility and devotion to the University.

Blankemeier, the first School of Engineering recipient in the scholarship’s 26-year history, studies systems engineering with minors in computer science and applied math. The Oak Park, Illinois native earned a spot on the UVA Women’s Track & Field team as a walk-on athlete, competing in cross country as well as indoor and outdoor races.

Her passion for running led her to cofound Run Your City, a non-profit devoted to giving children of all socioeconomic and ability levels the character, confidence and good health that come from an inclusive team running experience. Within two years of its Charlottesville debut, the program now encompasses 350 children, 70 student-athlete volunteers and even a handful of professional athletes.

The merit-based Sky Alland Scholarship is one of UVA’s most competitive undergraduate scholarships. A committee of eight fourth-year students appointed by Dean of Students Allen Groves, and led by current Sky Alland Scholar Thomas Roberts, narrowed applications to a list of semi-finalists from which six finalists were chosen. The scholarship’s selection committee, which consists of UVA alumni, several of whom are also past Alland award recipients, then chose Blankemeier.

“Mary has already demonstrated a multi-dimensional entrepreneurial spirit,” said Kent Sullivan, chairman of the Sky Alland Scholarship Endowment. “We are delighted that she will be the 2020-2021 Sky Alland Scholar.”

The scholarship is named for J. Schuyler Alland, a 1979 graduate of UVA’s McIntire School of Commerce and an entrepreneur who built a successful national marketing research company before his tragic death in 1992. 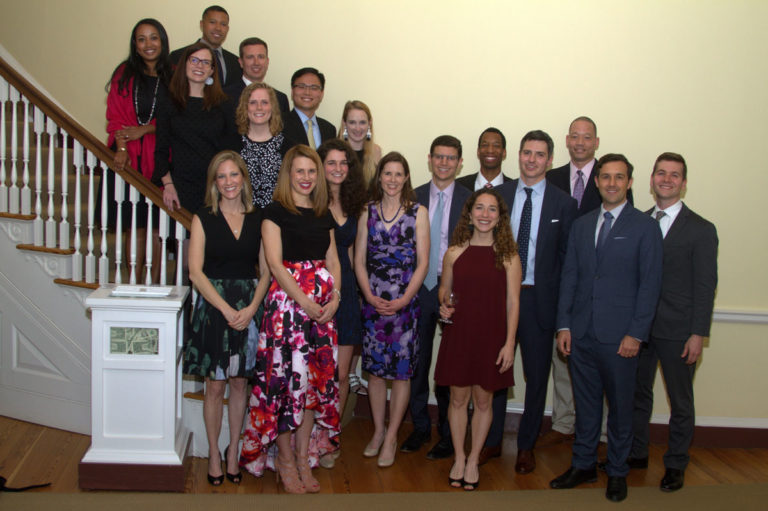 “It is not the critic who counts: not the man who points out how the strong man stumbles or where the doer of deeds could have done better.

“The credit belongs to the man who is actually in the arena, whose face is marred by dust and sweat and blood, who strives valiantly, who errs and comes up short again and again, because there is no effort without error or shortcoming, but who knows the great enthusiasms, the great devotions, who spends himself for a worthy cause; who, at the best, knows, in the end, the triumph of high achievement, and who, at the worst, if he fails, at least he fails while daring greatly, so that his place shall never be with those cold and timid souls who knew neither victory nor defeat.”